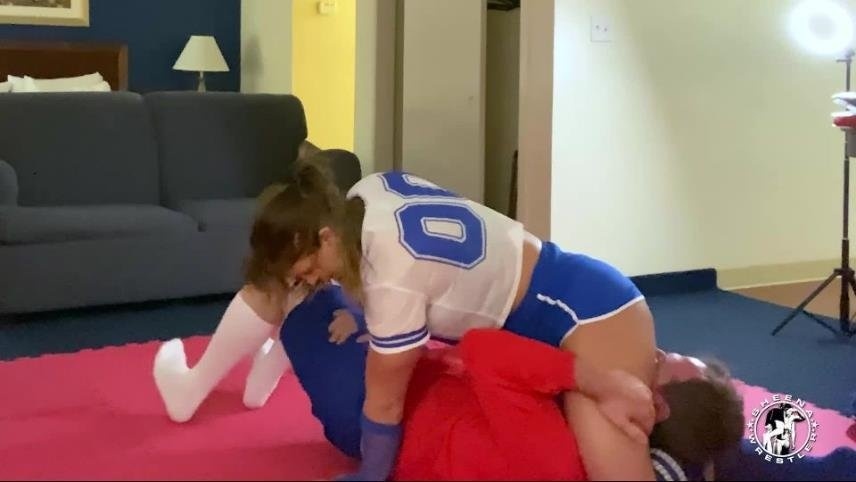 Fortunately, there is more and more equality in the world. Also because there are fighters like Sheena, who stand up for something like that. Strengthening is meant literally here, because Sheena is an athlethe with incredible strength. Here you can admire how Coach Willy was going downwards, when he didn´t immediately do what she asked him to do. Sheena asked him to be included in the men´s team, kindly at first. The women´s team was a nice group, but for Sheena it was not a great incentive to compete. But Willy was a narrow-minded macho of the old school, and he had to pay for that. In all seriousness, he refused to accept Sheena and also insulted her that she was a girl. Then a real hurricane of pain began. Willy was beaten up, thrown around like a little doll, and Sheena was especially targeting Willy´s balls. A ballbusting DELIGHT. In all imaginable ways, Sheena robbed him of the so-called masculinity until his scrotum was just a shriveled bag.