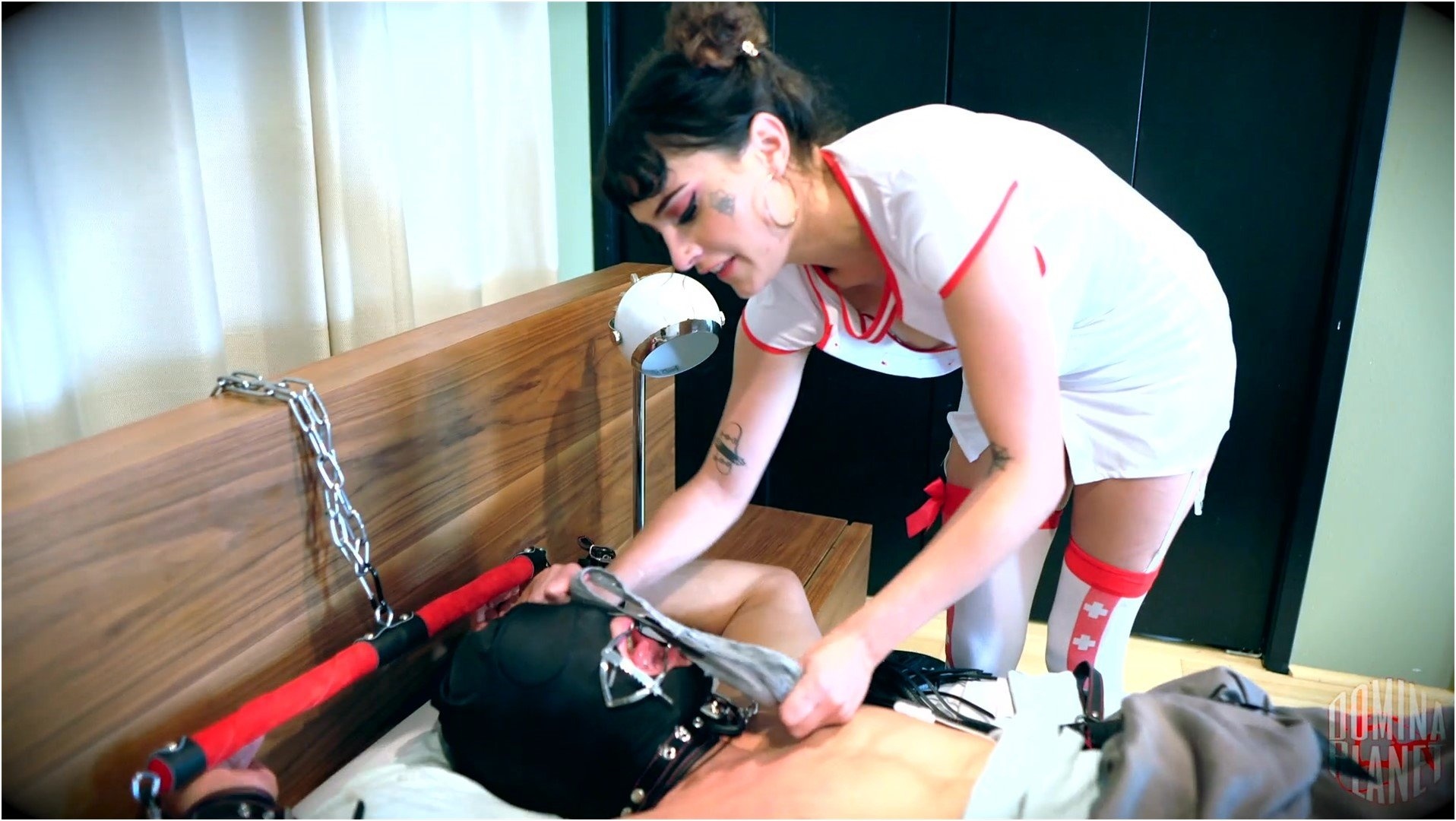 Divine Goddess Daisy's niece was riding in a car with some friends when they were harassed by a man in a car who was flashing them and trying to get them to pull over to have sex with them. He was so reckless though, that he wasn't watching the road carefully enough and skidded out, flipping his car onto its side. Divine Goddess Daisy was contacted by Her niece, and She immediately took swift action, as She has nurses training. However, the man was almost completely uninjured besides having a bump on the head, and so She has decided to teach him a lesson to ensure that he won't do anything like this ever again. He is in full bondage, with cuffs, spreader, collar and leash, a blinding hood, and a penis gag stuffed down his throat. 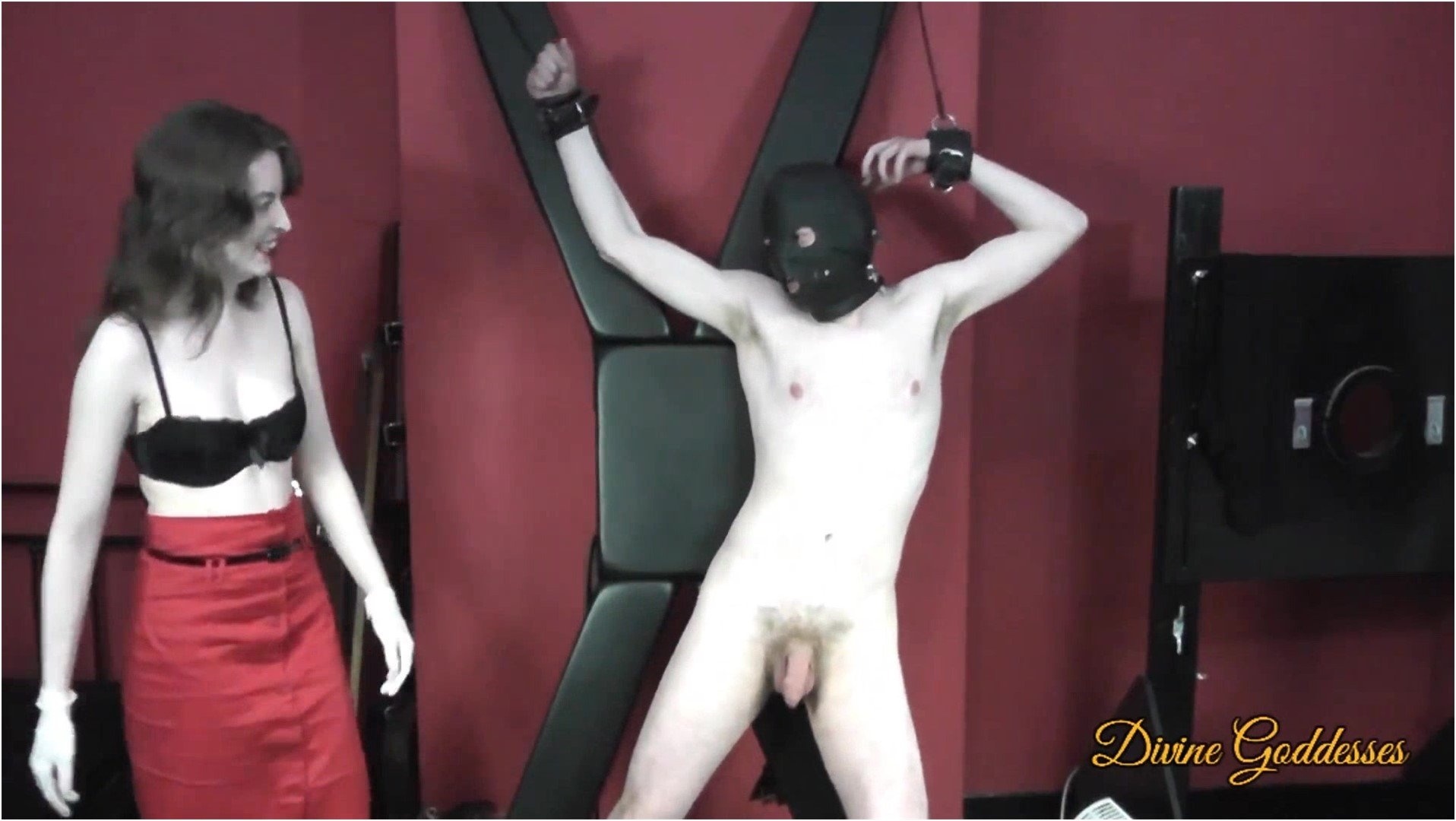