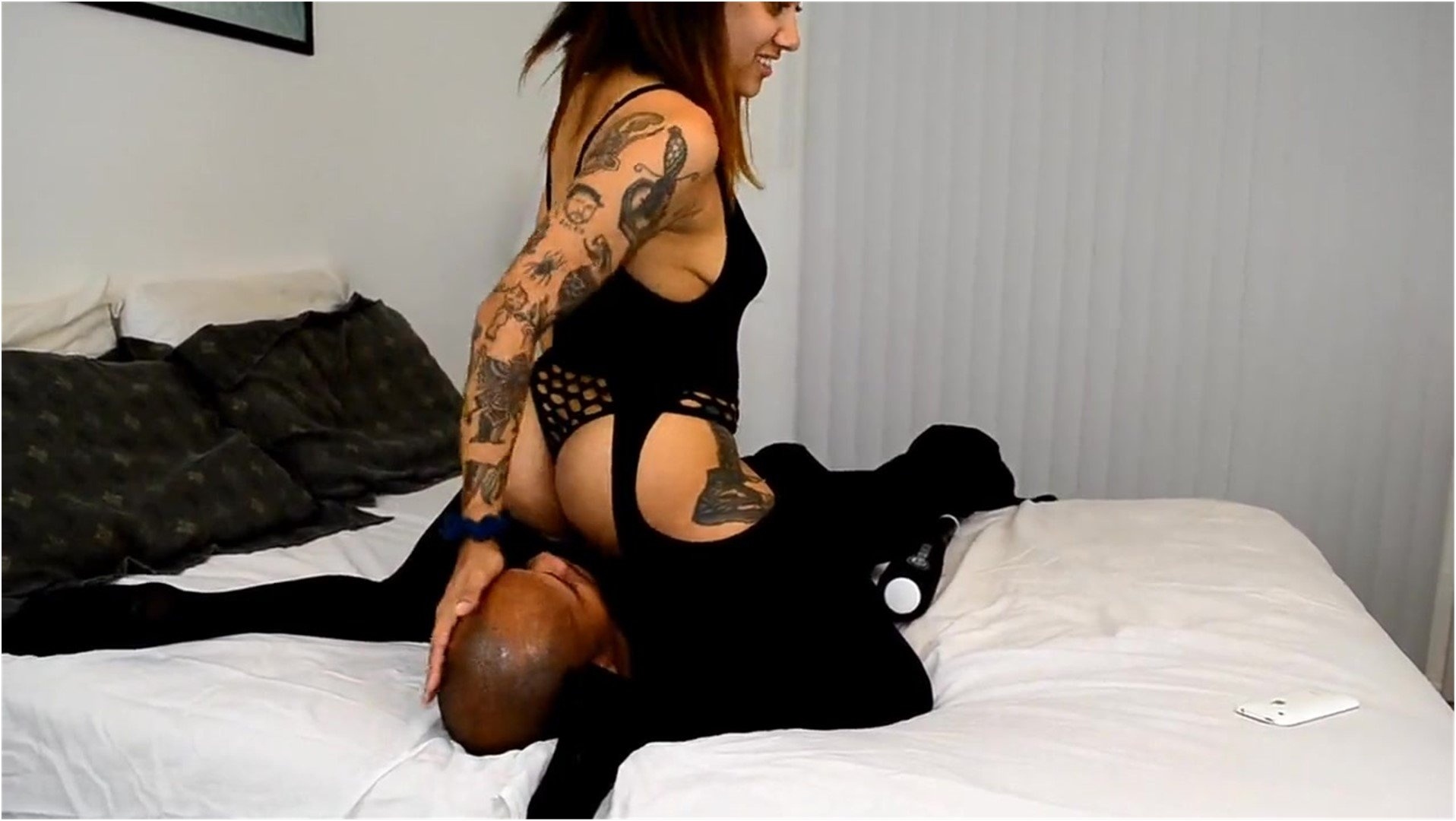 When Kingsley walked into the room from hearing some heavy sniffing going on she couldn't believe to find the serial panty sniffer in her room with her undies! She was so damn mad at this dude that she came up behind him with her cell phone to scare him. Of course course he was very shocked and didn't want any trouble as he thought there was nobody home. She gave this dirtbag two choices, either she calls the cops on him and they take him back to the big house or she gets to him. Of course the repeat felon chose so that is when she climbed up on top of him and took that nice booty of hers and sat right on his face. That's right she wanted to give him some well deserved face sitting since he likes booty and panties so much. He begged her to stop but with all that mumbling into her ass she was actually enjoying it more than he could ever have. Kingsley was in full control and the more she rode his face the more she was teaching him a valuable lesson which is don't be sneaking into houses to sniff panties. But she wasn't done with him just yet as she continued to ride his face like a bike seat. After all that was done she gave him 2 minutes to get going as she decided to call the cops on him anyways!

Miss Roxana Rae - I Bet You Would Just